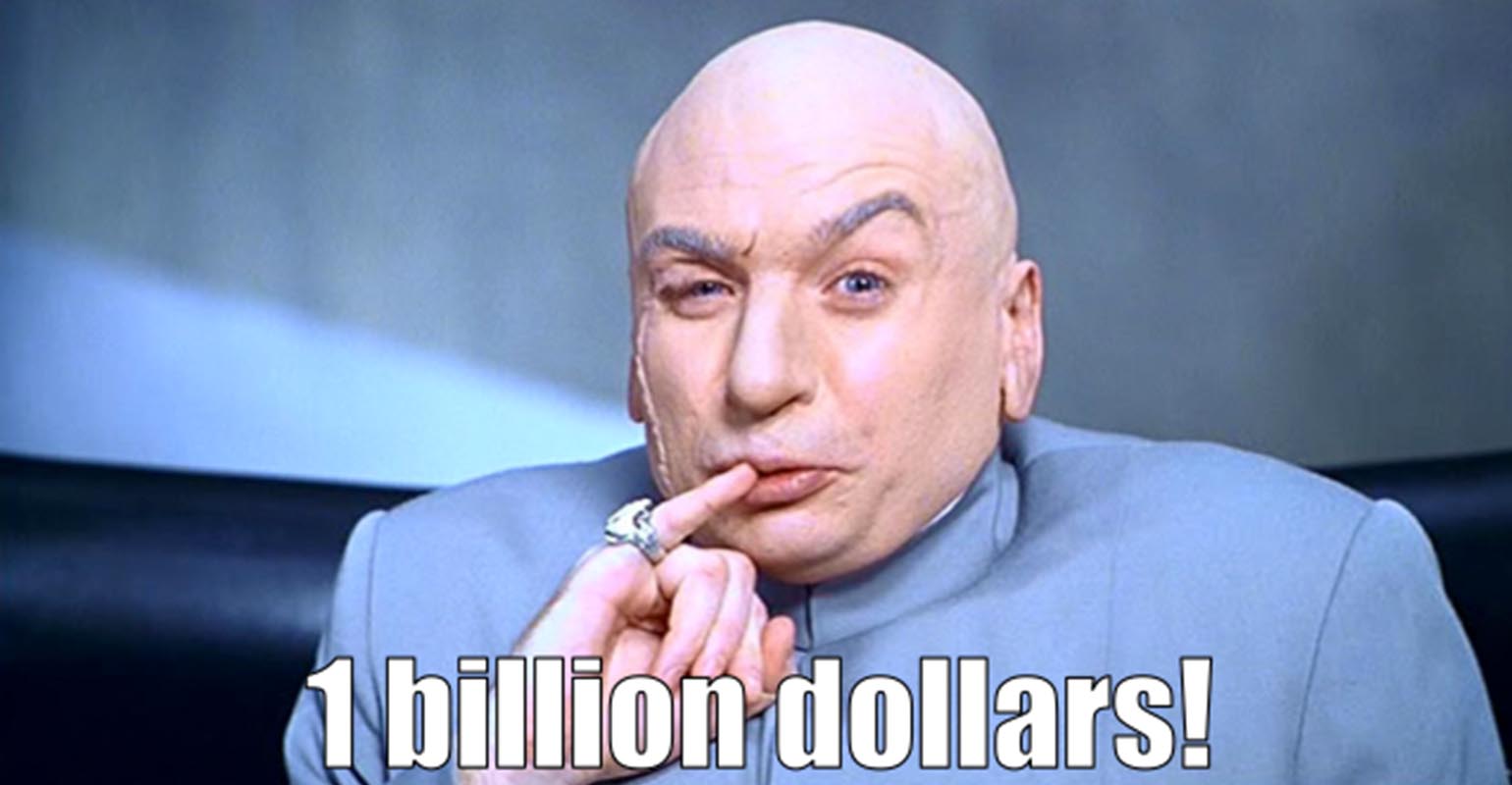 Billions of rands have been lost to South Africa through fraud, corruption and mismanagement in the past decade – according to past Finance Minister, Pravin Gordhan, the total may be as much as R 100 billion.  But how many of us really understand how much a billion of anything actually is?

South Africa’s national (government) debt is currently around ZAR 3 trillion (ZAR 2,995,542,000,000).  If one adds to this, state-owned enterprise debt amounting to some ZAR 700 billion in the last financial year (and the approximately ZAR 172 billion worth of interest that has to be paid each year on servicing the country’s debt), total national debt currently stands at around ZAR 3, 872 billion, or almost 71.5% of the country’s GDP!  That amounts to almost ZAR 71,046.00 per South African citizen.  However, as more than half South Africa’s population consists of children, and in excess of 17 million people depend on the government for social grants, each economically active citizen, i.e. working adult, is required to repay approximately R366,696.00 each year to South Africa’s creditors.   This is over and above each economically active citizen’s normal living costs and the taxes he/she is obliged to pay to cover government salaries and running costs.

It’s a sobering thought, isn’t it?