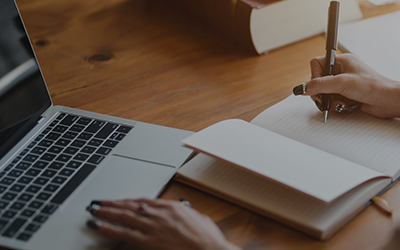 Each course affords participants valuable insights into the challenges and opportunities associated with doing business internationally, and successful candidates receive a qualification which is both nationally and internationally accredited. 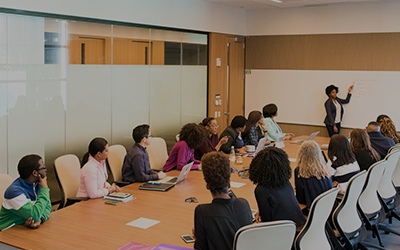 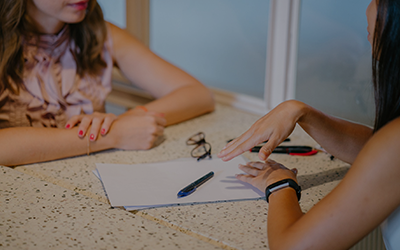 We consult to public and private sector concerns on various trade-related matters, and over the years has partnered with entities such as the dti, Wesgro, seda, the City of Cape Town, the City of Tshwane, and the UCT Graduate School of Business, and more.

Our founders established the first structured trade training programme in southern Africa in the early 1980s. They developed an extensive range of short courses, ran large conferences in South Africa and abroad and conducted seminars on cutting edge international trade topics during their tenure with the South African Foreign Trade Organisation (SAFTO).

In 1987, they launched the first qualification in exports (2-year Certificate in Export Practice) in South Africa, followed by a 3-year Diploma in Export Management in 1989.

They fought for international recognition in the days of apartheid and not only did they achieve it but they became the architects of the global international trade training accreditation system which they have since steered through many subsequent stages of development.

Read more about us

“Studying through ITRISA’s distance learning programme has been a personal and professional challenge for me (being a wife and mother of two little ones) but the well-developed course material and well-balanced study programme make things so much easier. Even the assignments are exciting in the way that they encourage you to do practical research from time to time. The assistance from the ITRISA staff is also immeasurable – they are always there to assist and I know I am learning from the best.”

‘Studying with ITRISA has been a great learning experience for me as the study material has great practical application and has assisted me with my job being risk mitigation of importation transactions.  I have recommended ITRISA to my colleagues and they have also found the distance learning programme to be beneficial.  It has expanded my knowledge of international trade, and allowed me to have more insights into the greater international trade arena and the challenges that our clients face.  I highly recommend this course of study (ITRISA’s distance learning ‘Diploma in International Trade Management’) to anyone entering or already in the international trade field.’

“ I have explained to my boss that what they have taught me at work is like a whole lot of puzzle parts. After this course, though, I can see the picture in total which makes it easier for me to put the puzzle together.”

“My impression of ITRISA is that they are absolutely brilliant – I cannot find any fault. I found the course to be extremely interesting and thoroughly enjoyed it. In an industry that’s ever changing, I can only suggest that you don’t change your success plan. Keep doing EXACTLY what you’re doing – it’s a success story!”

“The value of this course cannot be measured. Mike is a phenomenal trainer and his knowledge is incredible. I have gained more in 5 days, thanks to Mike, than I have gained in the 8 months I have held this position (of Exports Administrator). A huge THANK YOU to Mike and ITRISA. ITRISA is a brilliant organisation.”

“I was very impressed with this course – the trainers were excellent, very informative and all the other people in my company should attend it. I feel I am going to benefit greatly from what I have been taught.”

“ITRISA’s training is very practical and extremely value-adding. The presenters are very experienced and excellent. I have completed many courses over the years (including an MBA) and this was truly an excellent course – the practical relevance of the course material, the wealth of knowledge and enthusiasm of the presenters, etc.”

“You go the extra mile with an exceptional trainer. I enjoyed every moment and would recommend the course to all my colleagues. I have learnt a lot. You have added value to the concept known as ‘exports’. Great work.

“ITRISA is brilliant. The course was a real eye opener. With all the knowledge I have gained, the thought of exporting is no longer as daunting as before.”

“ITRISA is a highly rated institution and offers the best courses of them all!”

“ITRISA trainers are the best!”

“By far one of the most useful courses I have ever attended.”